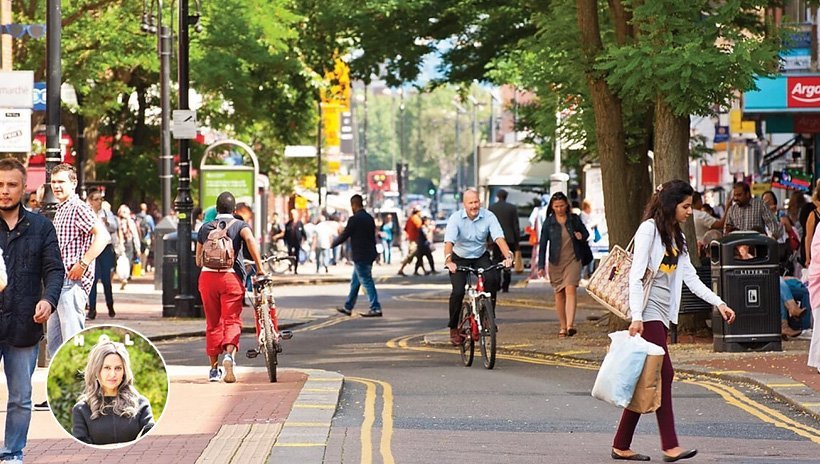 Excerpts from my diary on my trip to Hounslow

What I so love about London is its ability to infuse it’s truly cosmopolitan and forever-buzzing urban vibe with its park and farm culture. I hop on the train from Green Park to go to Hounslow, only a 30 minute journey away, for a day of immersing myself in nature. Hounslow was formerly home to a number of farms and large estates and today it is an economic hub with a large shopping centre, an abundance of cafes and small businesses as well as diverse culture and restaurants.

My first stop is The Hounslow Urban Farm where I meet my bestie with her two toddlers. The farm is amongst the largest of London’s community farms and covers 29 acres of land, it is home to hundreds of animals many of which are free roaming. As the name would suggest this farm is in the middle of an urban city location just moments away from Heathrow Airport with low flying planes overhead. As it is tucked away in such a secure and peaceful pocket of land, visitors can be forgiven for forgetting they are still in London, who would think to find a farm in the heart of the country’s busiest city.

As we enter the kids are overwhelmed with excitement to see the owls and ponies up close. The farm features an animals encounter section where the staff bring out the animals and tell us about them with such enthusiasm and passion, they even let us touch them. This is an experience that melts even the hardest of hearts. The farm has the most varied animal species including goats, alpacas, snakes, owls, pigs, ponies, cows and chipmunks. The experience is one that kids as well as animal-loving adults will enjoy. The farm participates in rare-breeds programmes which help to preserve farm animals which are in danger of disappearing due to intensive farming.

After our experience at the farm we go to catch up over a bite to eat. Hounslow is known for its authentic and diverse cuisines. My friend suggests Lebanese cuisine at Mawal Garden in Hounslow Central. It was my first time here and I really enjoyed it. The interiors are furnished in a delightful rustic Middle Eastern theme and there is a shisha garden in the rear. It was great to get comfy and relax in this laid back atmosphere after our busy morning at the farm. The food was delicious, we ordered mixed grills and a variety of starters such as hummus and fattoush salad and also a cheeky shawarma on the side.

I spend the second part of the afternoon alone, checking out the local nature. Right off the busy street I stumbled into Hounslow Heath, a 200 acre local nature reserve with a great mix of heathland and shrubland. The heath also has a rich history and has been the site of many archaeological digs which have discovered items dating back to The Bronze Age. It was of great importance to the British army due to its perfect positioning between London, Windsor and Hampton Court. It was also once used as the Royal hunting grounds. I find a charming river running through the heath and such a stunning variety of colour providing a rugged and charming setting. It’s an incredible feeling, in the middle of the heath all I can hear is the wildlife. It’s such a surreal escape from the urban and busy London. I have been told that there are over 500 different species found on The Hounslow Heath, the space is utilised for wildlife conservation and education as well as recreation.

I decide to jump in a cab and head over to Osterley Park on my way to Syon House. Osterley Park is one of the largest open spaces in London. Originally built in the 1570’s! It was one of a group of large houses which served as a country retreat for wealthy families. I’m really impressed with this mansion and its gorgeous tapestry rooms, full of delicate decorations and furniture for each setting. You can see Greek and Roman influences from the soft colour scheme of grey and white. It’s so hard to believe that this is just a short hop from Central London, but it’s worlds apart. As I stroll past the tree-lined path I pass grazing cattle and I just can’t believe this is Hounslow. Osterley is one of the last surviving country estates in London and is described as ‘the palace of palaces’.

My legs are exhausted once I reach Syon House but the beauty of this country estate encourages me to explore just a little further. Syon House is the last privately owned country estate in London, it is the home of The Duke of Northumberland. It was originally the site of a medieval monastery in the 14th century. However at the time of King Henry VIII and the dissolution of the monasteries, the monastery was closed down and destroyed. The building was also the place Catherine Howard, Henry VIII fifth wife was imprisoned before being executed. I simply adore the spectacular marble statues that this grand building features. The home is an ideal setting for formal dinners, weddings and standing receptions. The Syon House and Park are Grade I listed and The Great Conservatory in the gardens was the first to be built from metal and glass at such a large scale. In my opinion, the magnitude and beauty of this place would award it the status as the crown jewel of Hounslow.

The house is not the only attraction that draws visitors to Syon Park, it is also home to a superb trout fishery. The lake is regularly stocked with rainbow and brown trout from Albury attracting both advanced and novice fishers.

Today has been breathtaking. For an animal and nature lover, it’s been a really welcome break from my busy and hectic city life. I chose to end my day at The Syon Lounge, a stylish rooftop lounge serving Sushi and Pan-Asian cuisine, situated within the beautiful Park. As I relax and unwind to the music, I remember one local site I hadn’t had time to visit today. The Twickenham Stadium: the home of English Rugby, the second largest stadium of the UK and The World Rugby Museum. I promise myself to pay it a visit the next time I’m in Hounslow.