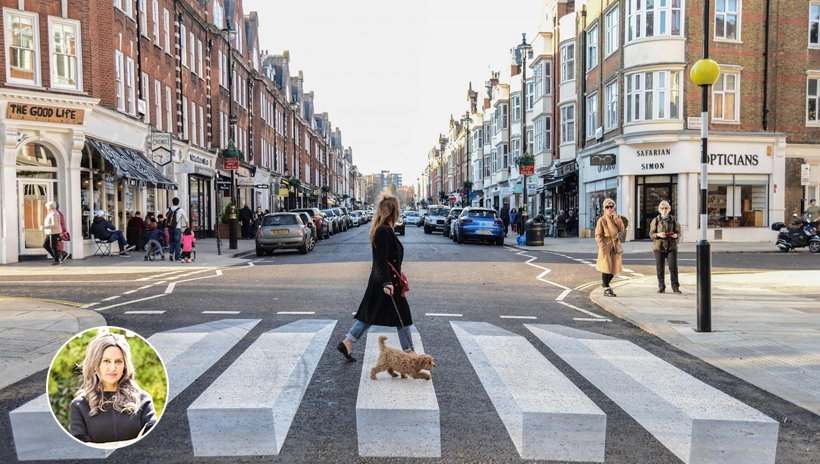 St John’s Wood, a district in the City of Westminster in Central London. It’s a location I have a lifetime of memories, spanning from my childhood to young adulthood. St John’s Wood is a location popular with American buyers and tenants who want to be close to the American School at Waverley Place as well buyers from many European countries, The Middle East and China.

I must really stress this is the most extensive park I’ve ever visited. I have covered a few of my favourite aspects of the park.

This is where you could find my childhood friend Tina and I, every weekend, without fail. There was never any shortage of activities for us. Our favourite, of course, as young children, due to the thrill and adrenaline was zooming down from the peak of Primrose Hill on our bicycles. Rushing through the grass, daisies and daffodils, screaming in excitement. I can still remember all the effort it would take for us to ride uphill with our little legs, but it was always worth the journey. Another point to note is the marvellous view of London from the top of the hill, it is absolutely stunning. Primrose Hill was also where I learnt to roller-blade, after so many cuts and grazes on my knees. As we grew a little older, in the evenings, we would stop by the outdoor gym of the park which is known as Hill Trim Trail and train on the monkey rails.

I went to senior school at North Bridge House School, in my teenage years, next door to Regents Park. We would spend two break times a day and our P.E sessions at the park. Regents Park ticks every box one can ask for. There are multiple tennis courts, netball courts, rugby, cricket, rounders and football pitches, one running track, multiple playgrounds and ponds with rowing boats as well as paddling boats.

As well as numerous pitches and courts, there are multiple children’s playgrounds to cater for different age groups with traditional play areas, climbing frames, seesaws and sandpits as well as timber treehouses for more adventurous children. Regents Park was part of my life throughout my entire childhood, starting at the playgrounds as a toddler and onto the paddling boats a few years later and onto the sports facilities in my teens.

As well as the recreational facilities there are also a number of heavenly gardens and historic parkland as well as an extraordinary variety of wildlife, the most visible of which being birdlife. This is all the more breathtaking given its location in the very heart of Central London. In my childhood days I just couldn’t fully appreciate the beauty of the diverse range of environments including wetland and woodland, formal gardens and meadows. The rose garden in Regents Park, is the largest collection of roses in the Capital with approximately 12,000 roses planted. The oldest of the great trees in Regents Park are 20 to 100 million years! Within the inner circle close to the waterfall there is even a group of ancient fossilised tree trunks. Quite recently, an app has been created which offers visitors a soundscape to listen to. It plays music composed by students of The Royal Academy of Music, as an interpretation of the different characteristics of the trees in the park. The music will change depending upon the species, age and characteristics of the trees the visitor is close to, it aims to bring a personal experience to a public space and allow the visitor to learn something new about the trees.

It has been shown by research that spending a few minutes surrounded by trees and green space can slow the heart rate and lower stress levels as well as blood pressure. Research has also shown house prices of properties close to mature trees to be 5-18% higher.

This majestic park also features grand iron gates which were installed to mark the Silver Jubilee of King George V  and the official opening of Queen Mary’s Gardens in 1935.

London Zoo is the world’s oldest scientific zoo, opened in 1828, it houses 22,000 animals, and has always been the forefront of technology and advances. The Zoo is a huge London tourist attraction as well as world leader in research and protection of endangered animals. It presents a great opportunity to inspire and teach our future generation about wildlife conservation and the challenges faced by wildlife today.

Sir David Attenborough, the renowned naturalist and broadcasting legend has quoted that “No television programme can replace the actual reality of standing close to an elephant for a child to understand what an elephant is.’’

The Open Air Theatre is the oldest professional outdoor theatre in the country, established in 1932, and has one of the largest auditoriums in London. Offering a range of theatre, comedy, music and film events all situated in the beautiful surroundings of a Royal Park.

On a hot summer day in 1969 Sir Paul McCartney removed his shoes and walked across a zebra crossing, this later became the photo for The Beatles’ Abbey Road album recorded in St John’s Wood. Sir Paul McCartney still owns his property a few minutes from the high street. St John’s Wood has become one of the most expensive postcodes in the UK whilst keeping the bohemian feel of the 60’s.

More recently Regent’s Park has become the home to iconic fashion designer Tom Ford and artist Damien Hirst. Billionaire property tycoon Christian Candy has even taken up residence in a mansion by the park, creating one of the largest residences in London, over 45,000 square feet.

I would also watch the London Central Mosque with great fascination on my walks. This mosque was donated by King George VI to the Muslim community. The construction was given generous donations by King Saud and Sheikh Zayed in 1969.

As a child on my daily route to school I would pass the majestic Lord’s Cricket Ground. I did not fully understand the significance of the world’s oldest cricket stadium, known as the ‘home of cricket’, which had opened in 1814. The grounds are also home to the world’s oldest sporting museum. It is here that you can find a collection of cricket memorabilia which even includes a now stuffed sparrow that was struck mid-air, by Jahangir Khan’s powerful bowl in a 1936 match. Lord’s is the home of the Middlesex County Cricket Club, The England and Wales Cricket Board as well as the European Cricket Council.

The grounds are not only beautiful and historic they also feature many architectural feats. The Media Centre at the grounds, which was commissioned in time for the 1999 Cricket World Cup, was built and fitted out in two boatyards, using boat-building technology. In 1999, it won the RIBA Stirling Prize for architecture.

Whilst I was working as an Estate Agent in Central London, I used to meet many prestigious Middle Eastern families whose children were studying at the nearby universities. St Johns Wood is home to Regents University London, London business School, London School of Film and Media & Performance. The location is also popular with students at University of Westminster, UCL (University College London, LSE (London School of Economics) and SOAS (School of Oriental and African Studies).

St John’s Wood High Street is known for its independent boutiques, delicatessens and cafes such as Maison Blanc known for its authentic French boulangerie and pâtisserie. Different to many other London High Streets, St John’s Wood has maintained its quaint and charming character despite the onset of urbanisation and high street chains. Home to Gails Artisan Bakery, which is popular with residents and offers a delicious selection of freshly baked bread and pastry.

The foodie hub of St John’s Wood, however, starts at Panzers, London’s original delicatessen. It is world-famous for its hand-sliced salmon and its carve-to-order station, this allows you to actually choose how smoked you want your salmon to be! The likes of Nigella Lawson are known to be regulars at Panzers.

221B Baker Street located off Park Road, was the residence of the fictional characters Sherlock Holmes and Dr Watson. Since 1990 it has become the home of the Sherlock Holmes Museum.