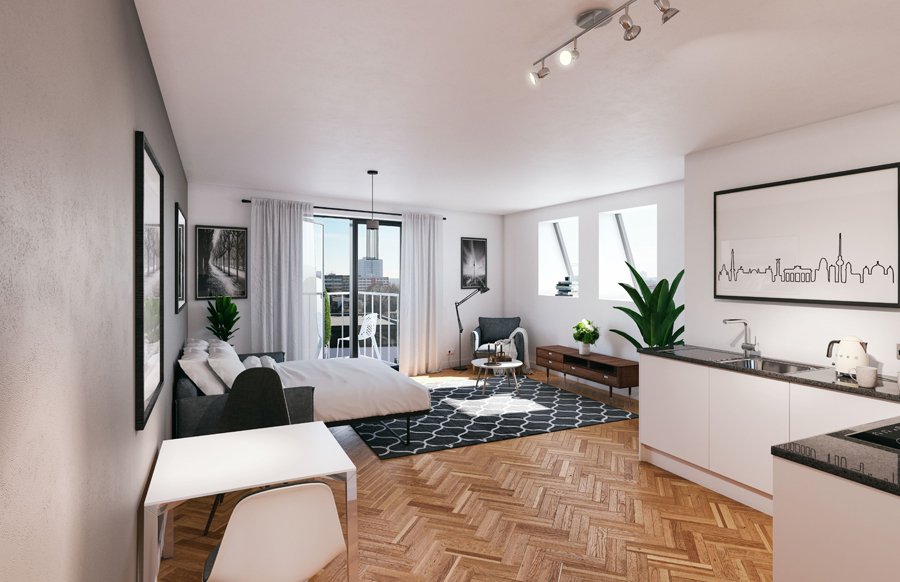 Year on year, investors are drawn to Berlin through a combination of factors; its economic performance, growing population and position at the centre of Europe are appealing, but most important of all is the value investors are still able to find in the city. While operating as one of Europe’s leading capital cities, Berlin continues to offer prices that are only a fraction of other comparable capitals.

The city is undergoing regeneration which is making the location an increasingly attractive place to live and do business. The transportation links make the city even more well connected.

Alongside this (and spurred on by it) there’s a growing population and an acute under-supply of new homes to keep up with demand.

Berlin, Germany’s largest city and the second most populous European city behind London, is one of the continent’s most dynamic regions. In recent years it has begun gaining well-deserved global investor attention for its unrivalled property demand, the government’s stability, Berlin’s positioning as a tech growth capital and the low cost of operations. Since IP Global entered the city’s property market in 2014 it has consistently surpassed expectations and 2019 looks to be no exception; Berlin has once again ranked as one of Europe’s most attractive cities for overall property investment prospects in the PwC and Urban Land Institute’s 2019 Emerging Trends in Real Estate Europe report.

With over EUR 8 billion worth of property transactions between Q4 2017 – Q3 2018, Berlin continues to demonstrate its strength and central position within the European market. This flourishing city consistently attracts corporates, investors and young talent from abroad, with a majority of new arrivals to the city aged under 35. Between 2006-2016 the city’s population grew by over 320,000 and the German Economic Institute predicts there will be four million people living in the capital by 2035.

A booming economy and continued population growth remain the primary demand drivers in the Berlin housing market. With housing demand increasing at a remarkable rate, the Secretary of State for Construction and Housing has stated that the city requires 20,000 units to be completed per annum, up to 2030. To date there is already a shortfall, with only 15,670 unit completions in 2017 and a total backlog of at least 84,000 units.

These forces have contributed to Berlin’s position as one of Europe’s top performing property markets; with rents increasing 7.1% and apartment capital values increasing 12.5% in 2018.

Berlin, with its booming technology sector and wealth of internationally recognized higher education institutions, is attracting young people in record numbers. These younger residents are looking for new accommodation types which suit their lifestyle and budget. Micro-apartments, typically measuring under 30 square metres, are a sensible and desired option for the students and young employees who are moving into Berlin, as they appreciate the unique design of micro-apartments and often do not carry with them enough possessions to warrant needing a larger space.

Lichtenberg is a leafy residential area in eastern Berlin, attracting students and young professionals. Set to benefit from significant development proposals in the near future, the area’s proximity to the central Mitte district is a pull factor. Lichtenberg is an ideal location for micro-apartments as the area hosts several international universities and start-up hubs. Lichtenberg’s investment potential is also shown by the area experiencing the third-highest capital growth rate of any district in Berlin last year.